Colorado native Nora Sullivan joined Yacine Fall on Thursday November 7th and together they visited 5 schools in the cities of Bargny and Rufisque to deliver textbooks to young students, during presentation ceremonies in the presence of teachers, parents and administrative staff marking the 10th year that AHC has worked to improve educational opportunities for children in Africa.

Nora is a former American Peace Corps volunteer in Senegal. Her many years living in a country known for its legendary hospitality and rich cultural traditions have impacted her positively. Like many who have had an extended stay, she is yearning for opportunities to reconnect with the community that hosted her and she agreed to represent AHC for this year's campaign."The gratitude and hospitality I experienced visiting the schools, I will guard forever", Nora said.

Yacine Fall is an educator who taught for 30 years in the public school system and now holds the position of Inspector of Education and Training, with the Ministry of Education of Senegal. She has supported and directed AHC's educational projects since the start.

Thirty nine thousands students enrolled in more than 43 schools across Senegal have received textbooks and accessories . Many of the beneficiaries of AHC's actions are now pursuing post- secondary education, training to become the next generation of leaders and will help improve lives in their communities.

AHC intervenes in academic institutions and communities throughout Senegal, since 2007.

In the Northern region of Matam is the village of Diorbivol, one of the first primary schools AHC visited. It is also the home of Oumar Dia, an African immigrant murdered by racists in the streets of Denver, in a freezing night of November 18, 1997. The skinheads gunned Oumar Dia down because he was black. He was employed as a housekeeper at the Hyatt Regency Denver.

The village of Diorbivol lays on the edge of the Sahara desert. Its arid climate and short rainy season explains the scarcity of trees and bushes. The landscape is mostly flat. The main activity of the villagers is fishing along Senegal River, which runs, on the borders the country shares with Mali and Mauritania. Using an irrigation system , the villagers grow rice, millet and vegetable in their fields.

Keur Samba Ka is another village that AHC works with; located in the South central tip of Saloum region. As an important agricultural center, the area benefits from fertile lands . The vegetation is very dense in rainy season. Tall trees along the trails run between fields, providing abundant shade. The air is fresh and pure, remote from the pollution of the big cities like Dakar, the capital. Keur Samba Ka is a beautiful rural community of farmers and cattle breeders, fifty-seven kilometers from Koalack, once a commercial exchange hub; where for a long period of time, especially before the country's independence, foreigners and locals engaged in the trading of peanuts, an export commodity.

Last year, AHC had the opportunity to travel to the Delta of Saloum and serve 1,425 students of 24 primary schools; located in 22 villages, between the city of Fatick and the Atlantic Ocean, a few miles north of the Gambian border. Diofior and Foundiougne are major cities in the area. The AHC delegation visited Mar Lodj, Mar Soulou and Mar Fafako (Mar meaning island-village in Serer, the local language.) Mar Lodj is approximately a 35 minute-boat-ride from the mainland village of Ndangane Sambou, and the other island villages stretch out beyond this. Mar Lodj is nestled in the midst of mangroves. The white sands of the beaten tracks leading to the villages, contrast with the green bushes bordering the pathways. The remoteness of the island villages is both an asset and a liability, and life of the villagers has changed little over many years.

Participating as a delegate in African Heritage Celebration's annual undertaking has the benefit of exposing travelers to rural environments and providing opportunities to engage in life changing experience. Travelers stay with hosts family, usually for a duration of 3 to 4 days. While there, the travelers share meals with villagers, and enjoy the dances, the songs and drumming sessions that are held at welcome parties. Cultural traditions of the communities are displayed during the festivities. Visitors and hosts engage in mutually enriching-learning experiences, exploring the history, geography and life style of the localities, and are prone to developing the kind of understanding essential for forging the necessary solidarity, based on the premise of a common humanity; that is needed to build a better world.

and the realization of meaningful projects that have had a positive in the lives of tens of thousands of children in Senegal.

The funds for improving educational opportunities for children are raised by efforts of volunteers and contributions from generous supporters such as CVentures, Inc., the Mizel Global Cultural Fund , Baal Dan charities, Hyatt Regency Denver and many individuals and families who have chosen to help children in Africa by improving educational opportunities, literalizing the proverb, "if you give a man a fish, you feed him for a day, ... if you teach a child to fish, you feed a generation". Please help to feed a generation, too, by donating to AHC, a 501(c)3 non-profit! 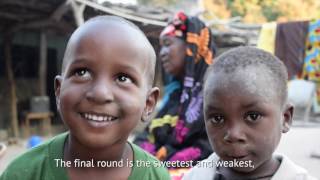 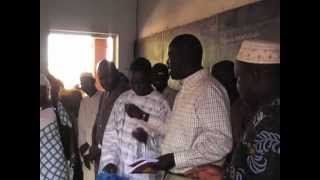